Catching rain in the land of "too much water"

Usha Dewani Das
23 Aug, 2015 . 4 mins read
Rainwater harvesting in a school in Jorhat, Assam helps address water quality issues, improves attendance and serves as an example for others in the area to fight arsenic and fluoride contamination.

Even in the remotest village of Assam, you would often find one saying ‘paanir nisina daam’ (meaning as cheap as water) or ‘paanir nisina xorol’ (as simple as water) over a good bargain or an easy task. Water is, almost always, associated with simplicity and abundance.

But those were the good old days. 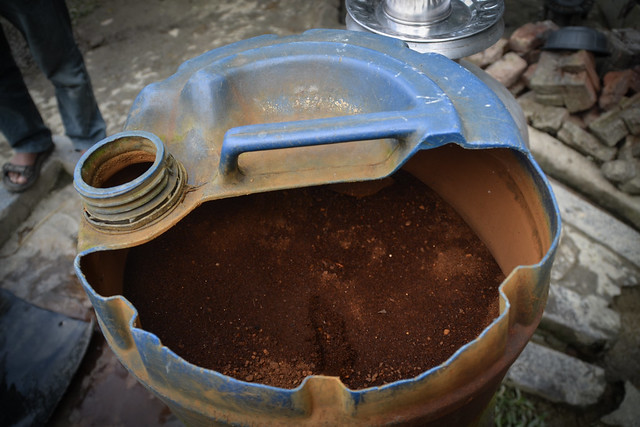 Today, people in Assam are not bothered as much by water scarcity as they are by water quality. 21 out of 27 districts have areas affected by arsenic while 9 have areas affected by high fluoride. The permissible limit for arsenic by World Health Organisation (WHO) standards is 0.01 mg/l while that for fluoride is 1.5mg/l. Assam is at risk from excruciating levels of both in its groundwater but that may only be the tip of the iceberg with toxic elements like lead, cadmium and other chemicals in pesticides already making their presence felt in the groundwater of some districts and the pervading presence of iron complicating things further.

Traditionally, the people of Assam (and even West Bengal and many other states in India and Bangladesh) depended on ponds, lakes and shallow dugwells for drinking water. These were, however, breeding spaces for diseases like diarrhoea, cholera, and other parasitic infections seasonally. To tackle this, a number of organisations started installing tube-wells with the aim of providing people access to safe, clean water. Inadvertently, tube-wells drilled the earth and brought out contaminants like fluoride and arsenic in varying levels at different places. Jorhat is one of Assam's worst affected districts by arsenic and Titabor, its worst affected block.

Amidst all this, is a simple unassuming man but an ardent risktaker--Ananta Khanikar from Titabor. Khanikar is the Headmaster at Melamati Government Junior Basic School. He was tired of the high absenteeism in his school, which was dependent on water from the tube-well. On investigating further, it came out that the students frequently suffered from stomach aches, diarrhoea and similar problems. “I realized that it must be the water. At first, I was reluctant but decided to try out rainwater harvesting”, commented Khanikar. 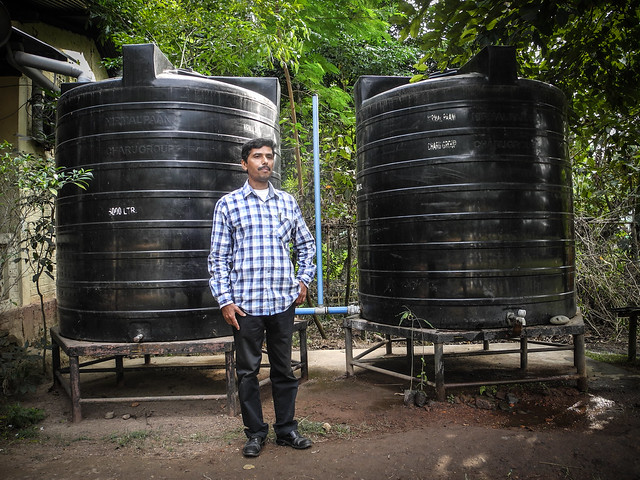 In 2011, the Public Health Engineering Department (PHED) identified 145 schools in arsenic-prone areas of the district (most of them in Titabor subdivision and some in Teok) to implement the water harvesting scheme. Khanikar initially tried out the system to meet his immediate requirement of providing water free from bacteriological contamination but gradually realised that it was protecting the children from arsenic also but not everyone is so motivated. There are other schools nearby where the system is defunct. “I got to know about arsenic not very long ago, but that this rainwater harvesting structure is protecting us from arsenic as well is a blessing”, he added.

According to Nripendra Sarma, Assistant Executive Engineer with PHED, "In most instances, rainwater is free of health hazardous contaminants like fluoride and arsenic, especially in areas, where the air is relatively clean. Utilising rainwater instead of groundwater, or diluting the contaminated groundwater with rainwater may help to mitigate or to actually solve problems associated with such geogenic contamination in groundwater resources".

Initially, everyone there was apprehensive about using rainwater for drinking. So, Khanikar decided to experiment on himself for a few days, followed by the teachers of the school. “When we were sure that drinking rainwater was safe, we made it available to the children”, he remarked confidently. The school has 2 tanks with a capacity of 5000 litres each that suffices for an entire year. In about 4 years, the school's attendance has drastically improved and there are fewer complaints of stomach illnesses. 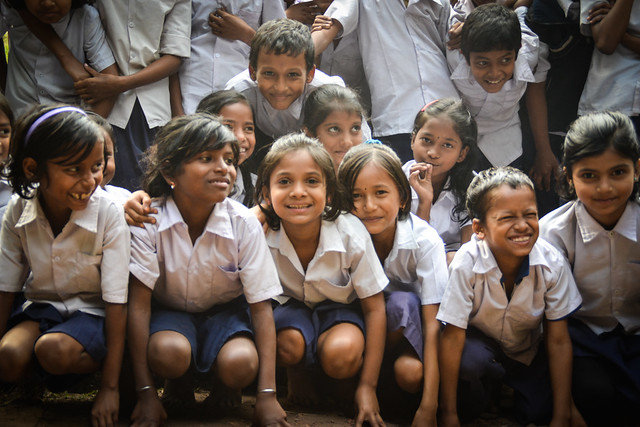 Due to excessive amount of arsenic present in the groundwater, the PHED is supplying drinking water in Titabor by piping water from two rivers--Doyang and Dhansiri--that flow through the adjoining Golaghat district. Khanikar’s village, Potia gaon however, is not connected to this system. Seeing the results of the rainwater harvesting efforts at Melamati Government Junior Basic School, two nearby schools are now trying to revamp their defunct water harvesting structures with Khanikar’s help. Not only this but Khanikar has also started to unite people like him to talk about reverting to traditional systems like bio-sand filters, ponds and other surface-water sources in his village to cut down groundwater usage.

Reiterating the potential of conserving rainwater and community efforts in a state like Assam, Dr. Rajiv Lochan Goswami, Senior Principal Scientist at CSIR-North East Institute of Science and Technology, Jorhat says, "In Assam, especially Upper Assam, it is water water everywhere but not a single drop to drink. In such a situation, efforts of foot soldiers like Ananta Khanikar have a great potential to change the scenario".