Of broken pots and dreams

Usha Dewani
24 Sep, 2016 . 5 mins read
With much of Salmora lost to the insatiable Brahmaputra river, the potters of Majuli stand at a crossroad, uncertain how long they can continue their unique craft.

Women in Salmora area of Majuli, the world’s largest riverine island and India’s first island district, practise their traditional form of pottery--the one that does not use a wheel but is hand beaten to shape and uses a viscid kind of clay. As the Brahmaputra eats away huge swathes of land year after year, the clay that these potters use is being taken away by the river.

Erosion is not a new phenomenon in Majuli. But locals say that the great Assam earthquake of 1950 exacerbated erosion in the island. Originally about 1250 sq km in area, Majuli is down by almost a third in the last 30-40 years due to unabated, heavy erosion. 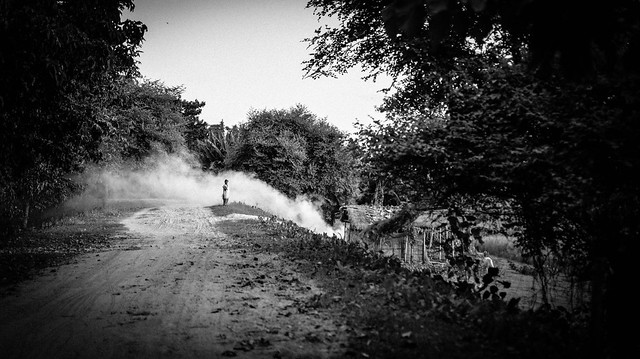 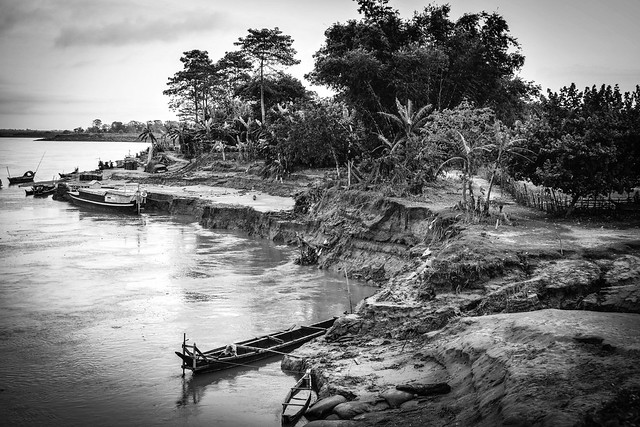 It is not just the land that is being lost; it is also affecting livelihood. Preserved only in three villages of Majuli--Barboka, Kamjan Elengi and Besamora of Salmora--this ancient form of hand-beaten pottery is a prominent cottage industry of the island and has been passed down through generations.

Anecdotes suggest that the revered neo-Vaishnavite saint and social reformer Srimanta Sankardev of the 16th century, had spoken of khols (percussion instruments used in Vaishnative cultural performances) made by Salmora’s potters. Majuli is considered the seat of neo-Vaishnavite culture in Assam. Most of Salmora has been dependant on pottery and boat making for livelihood. Once the pots are ready, men would venture out in groups on huge boats to places far and wide--from Sadiya to Dhubri (almost the entire length of the Brahmaputra in Assam)--and exchange pots for paddy, mustard and other food and grocery items. They would stay on boats meandering through numerous rivers and rivulets for three to six months of the year. Now, the pots are exchanged for both money and goods and are transported by rivers as well as road. 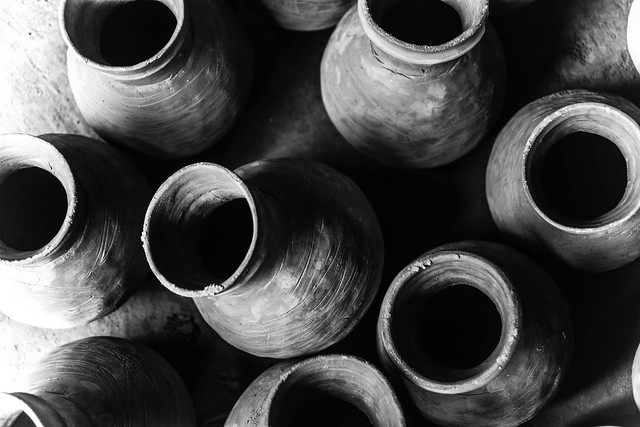 One needs to dig about 30-50 feet deep near the river bank to find the kind of clay required for this craft. This is then kneaded by the women of the village using their feet. Once done, it is mixed with sand for the right texture and beaten by hand to make earthen vessels of various kinds. In Majuli, the entire crafting process of this form of pottery is carried out by women while the men work out digging of pits, baking and the sale of the pots. 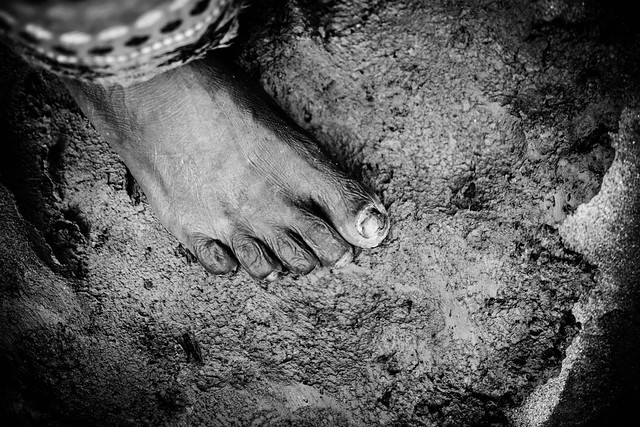 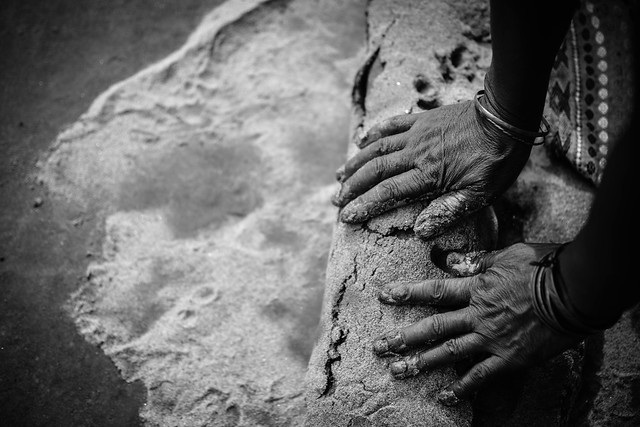 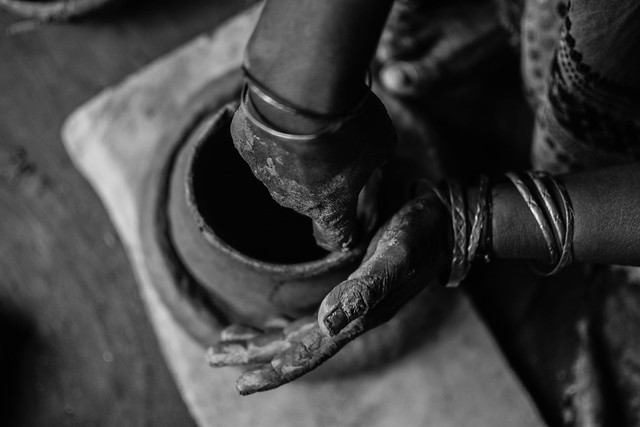 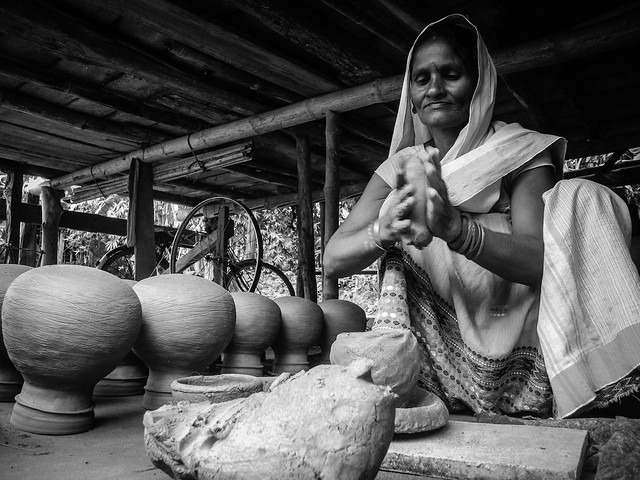 Salmora has lost much of its land to flood-induced erosion. Every year, after flood, people move elsewhere and silently rebuild their homes. But for the people of Salmora, whose lives are dependent on the river, moving away is unthinkable. 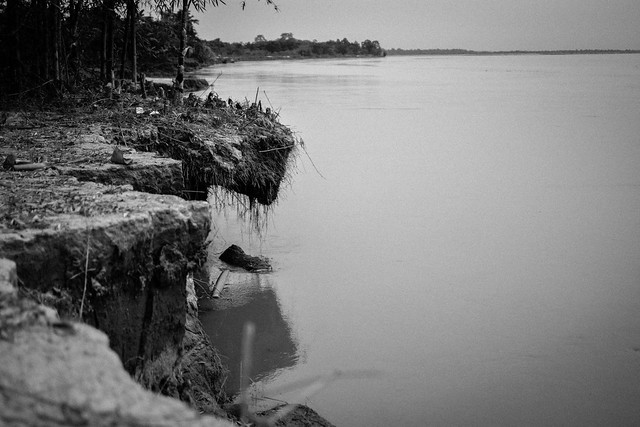 But that is not all.

In the wake of various anti-erosion measures taken up in the island, Brahmaputra Board, a government agency working to control erosion in Majuli since 2004 says that the process of procuring the clay by the potter community in Salmora adds to the erosion on its banks. According to the board, the pits made to retrieve clay rob the banks of its strong layer of land, leaving it loose and vulnerable to erosion.  During monsoons, the river quickly fills up the cavities and takes away huge chunks of land with it. Subsequently, locals have been restricted from digging earth on the banks.

But the locals resent it. “If the digging of pits was the reason behind erosion, why are other areas of Majuli eroding?” asks Jibeshwar Hazarika, the village headman. Such measures have seriously affected the craft and people’s livelihood in Salmora. 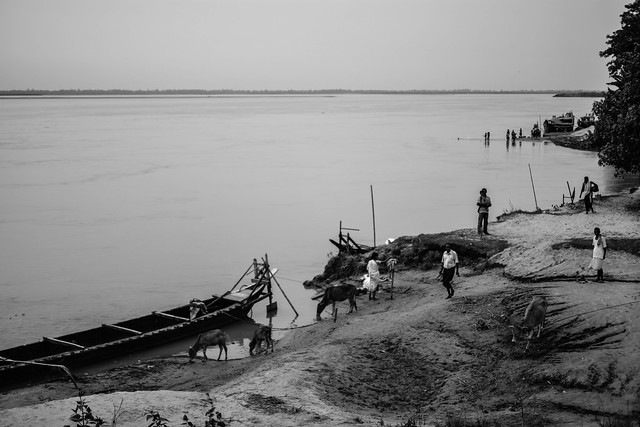 Salmora lies on the outside of the main embankment built to protect Majuli from flood and faces the vengeance of the river to a greater degree. Several boulder spurs (embankments running perpendicular to the river built to deflect the river currents and thereby reduce erosion) have been constructed in the Salmora area but the angry river has not spared even these structures from its wrath. “Spurs were built to protect Majuli from erosion. But the potters are restricted from digging the banks as it may damage the spur; there is no alternate arrangement for clay. We are in deep trouble,” laments Hazarika.

“We make do with whatever clay we get from the banks but the quality of pots is not the same. Earlier, the sticky soil would bind very well when mixed with sand and we could make robust vessels. The pots are now frail and we get a lot of complaints from customers but what can we do? The demand has also gone down. Today, 10 of my pots broke before I could put them to dry,” says Aruna Kalita, a local resident. 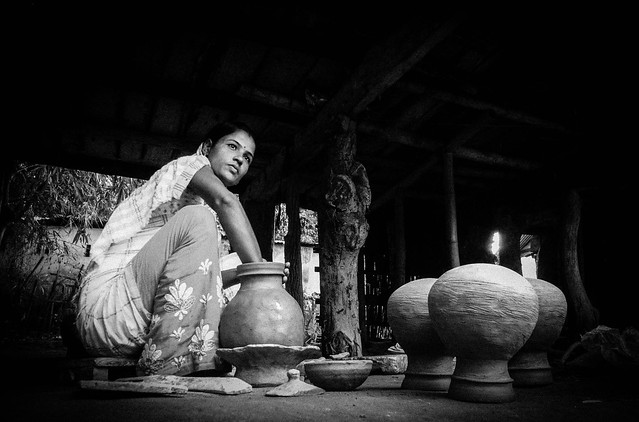 Locals tell stories of how Salmora was once the second largest village of Assam but due to the rise of the river bed after the 1950 earthquake and with the erosion turning more severe, much of its land has been swallowed by the river and the people started migrating to other parts of Assam. Today, about 600 families reside in Salmora. Many potters have taken up daily wage work, too. Youths, in particular are leaving for better opportunities to other cities such as Hyderabad, Chennai and Bangalore. “It is getting impossible to continue pottery in the dearth of raw material; the residents had no choice but to leave the land,” tells Hazarika.

“If this tradition has to survive, the government will have to take the responsibility and create some provision for us to retrieve this kind of clay from wetland or fallow land,” adds Hazarika.

Those who have moved out of Salmora have forgone pottery. Only the villagers of Dhekiakhowa in Jorhat, where about 90 families were rehabilitated by the government after the floods in 2008, have managed to keep the pottery industry alive in their new settlement. However, unlike in the past, their business is not doing well. They barely manage to procure the clay by either buying it from outside or by digging fish ponds for others who let them keep the clay from the ponds. 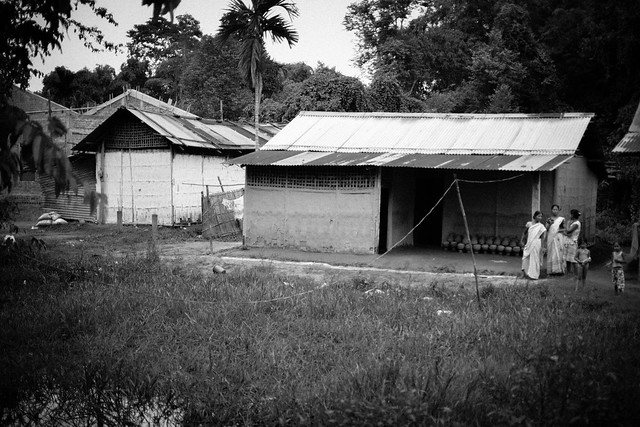 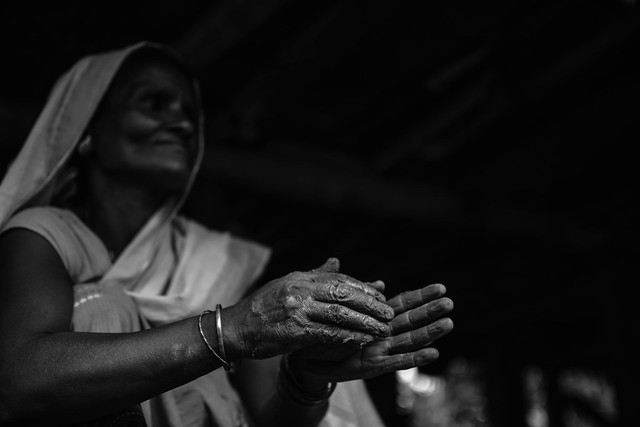