Amritsar - the pond of nectar

The holy sarovar around the Golden Temple

“PAWAN GURU, pani pita, mata dharti mahat” (air is teacher, water is father and earth our mother) -  thus goes the closing line of the Japji Sahib given by the founder of Sikhism, Guru Nanak Dev. It holds special significance for Amritsar, the holy city, which boasts of the Harmandar Sahib (also known as the Golden Temple). The city has been named after the water body surrounding the temple. 'Amrit' means the nectar of immortality and 'sar' or 'sarovar' means pond - hence the name.

The city was founded by Guru Raam Das, the fourth spiritual master of the Sikhs, who also ordered the excavation of the pond. His son and successor Guru Arjan Dev completed this work. It is said that water from the river Ganga was added to the sarovar. The belief is that whoever takes a dip there, gets rid of their bad karma. While the pond was earlier dependent on rainwater, its supply comes from the Upper Bari Doab canal of the Ravi river via the Jethuwal distributory today.

Harmandar Sahib became popular as 'Golden Temple' when Maharaja Ranjit Singh got its upper floors covered with gold plated copper sheets in the 1830s. The regilding was done again in 1999 with the gold and money donated by devotees from all over the world. However, due to increasing air pollution around the shrine, restoration work has to be done every year to maintain the sheen.

View Faith and water in a larger map 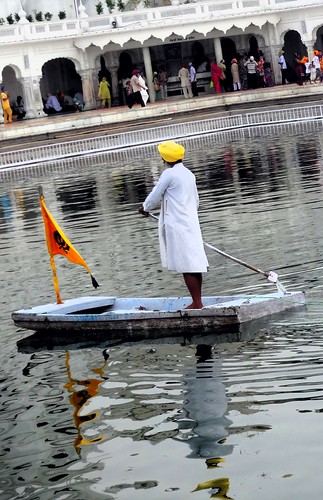 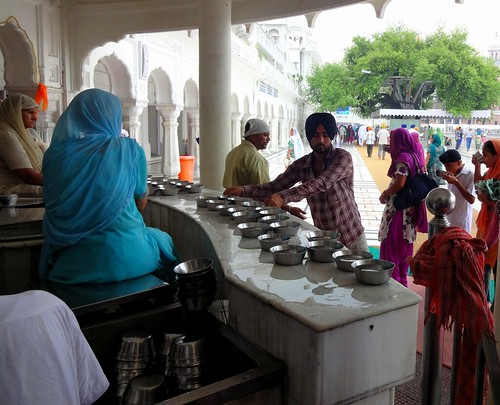 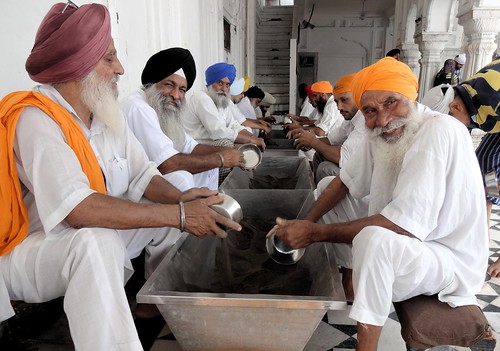 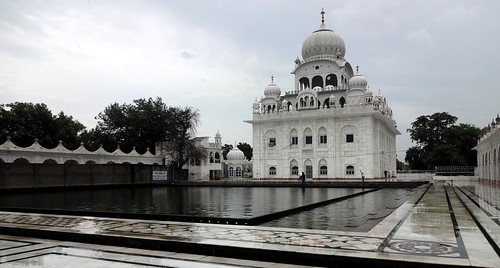 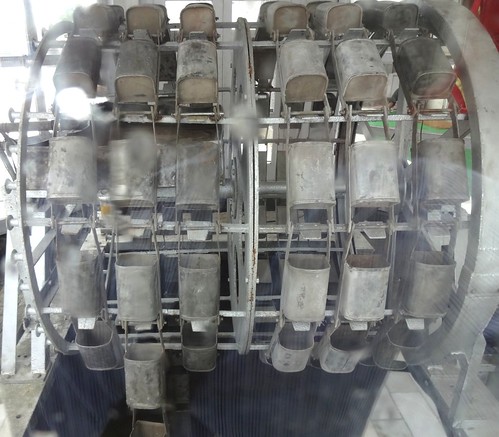 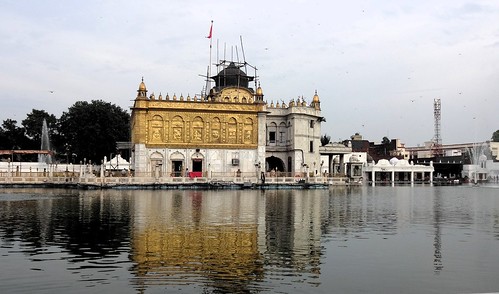 Various temples, big and small, dedicated to different Hindu deities are located around the pool. It is believed that Luv and Kush, the sons of Lord Ram, spent their childhood along with their mother Sita at the ashram of Maharishi Balmiki in this area. When Luv and Kush detained the horse from the Ashwamedh Yagya of Lord Ram, they were challenged to war by his brothers Lakshman, Bharat and Shatrughan, all of whom fell unconscious during the fight. Later, they were brought back to consciousness with the help of amrit (nectar of immortality) some of which fell on the soil, which also justifies the name 'Amritsar'.

Whatever the truth behind such narratives, the Amritsar of today is a thriving symbol of spirituality and unwavering relationship with life-giving water.

View the full photo set below.